Rendang is a signature dish and “comfort food” in Malaysia. Think of it as akin to the American pot roast in its comforting associations. Unlike pot roast, however, rendang is spiced completely differently. It is richly flavored with fresh lemongrass, galangal, ginger, shallots and earthy spices such as cumin, cinnamon, turmeric and chili. When these spices are all combined and braised with beef, they provide a rich and multi-layered flavor that could bring over even the most resistant diner to Malaysian cuisine. One of the interesting things to note here is that the braising technique of rendang is different from pot roast. For instance, the searing of meat in rendang happens at the end of cooking when all the liquid has evaporated, allowing the meat to brown in its own fat. During this time the coconut milk would have also invaded each piece of beef making it tender to the fork.

There are many benefits of cooking rendang in this way. The spices turmeric and cinnamon, along with fresh garlic and ginger, are noted for their antioxidant and anti-inflammatory benefits. These spices and aromatics can also help improve digestion and nutrient absorption. Rendang is delicious when paired with any sambal dish and coconut rice.

4 pounds’ beef chuck, cut into 2 inch cubes across the grain

4 stalks fresh lemongrass, outer layer peeled and chopped from the base or 5 tablespoons frozen lemongrass

together with ¼ cup of tamarind water and blend the spices to a smooth paste. If needed to facilitate the blending of the paste, add a litter water in small increments while the motor is running. You will end you with a fragrant bright orange in color spice paste. Set aside.

3. Now add the beef, sugar and coconut milk, mix well. Cover and cook on low heat until the meat is tender, about 1 hour 15 minutes, stirring occasionally to prevent the spices from sticking and scorching.

4. After an hour, you will end up with a lot of liquid in the pot, uncover the pot add the grated coconut, mix well and continue cooking the beef until most of the liquid is reduced and the oil has separated on the surface, about 30 minutes. The sauce will appear thicker and darker brown at this point. During this stage as the meat starts to brown, it is key to stir carefully to prevent the meat from sticking and burning. Test the meat it should be fork tender.

5. Add salt to taste and mix well. Turn off the heart. Allow the meat to rest for a few minutes as the dish will taste better. Serve with coconut rice.

How to Prepare Toasted Coconut or Kerisik

Kerisik is made using frozen unsweetened grated or shredded coconut that comes in a 6 by 6-inch package and imported from Thailand or the Philippines, and sold at most Asian supermarkets. Kerisik’s role is to bring texture, aroma and an attractive brown color to meat dishes. In rendang, the kerisik is added at the end to help thicken the sauce instead of using corn starch since roasted coconut would naturally complement any dish made with coconut milk.

1. Use one 16-ounce package of frozen grated coconut (found in the freezer sections in Asian supermarkets). (To thaw, place the frozen coconut package in hot water).

2. Place the grated coconut in dry wok over medium heat and fry until it goes from white to brown, stirring occasionally to ensure the base does not burn, about 30 minutes. Once the coconut appears dry, brown and fragrant, remove from heat.

3. Place the coconut in the blender and pulse to obtain a rough powder. Alternatively, the traditional method is pounding the coconut in small batches in a mortar and pestle to release the fragrant oils (picah minyak). 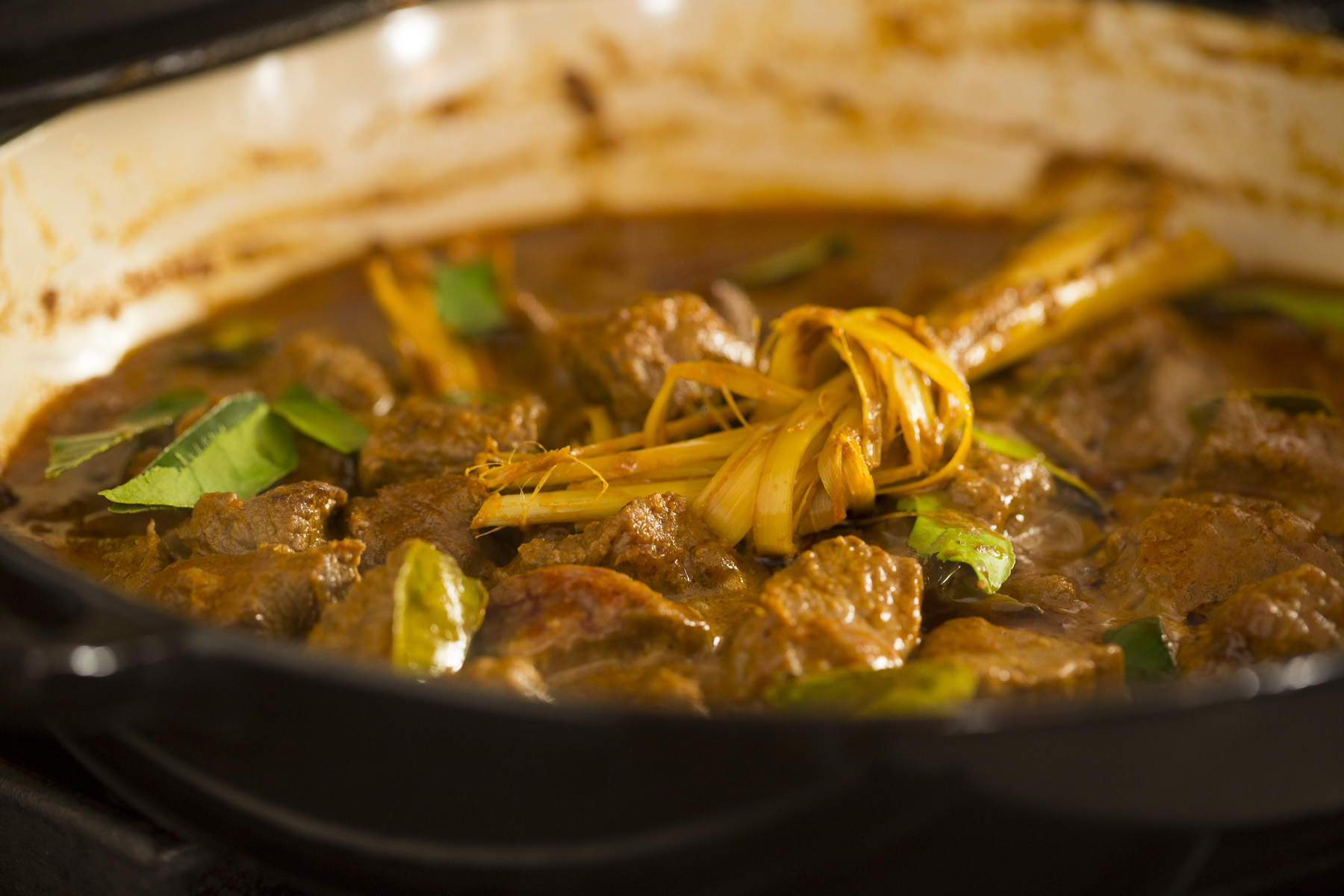 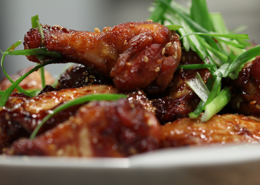 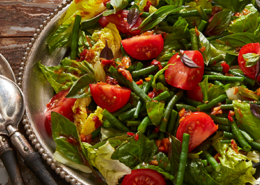 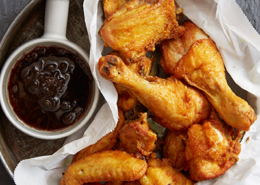 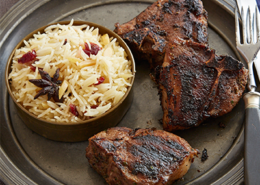 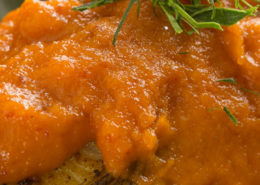 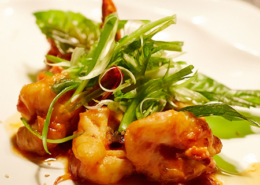 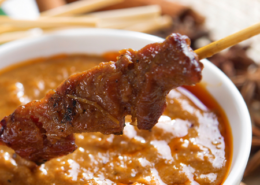 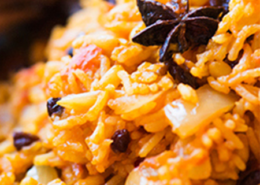 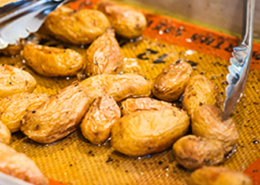 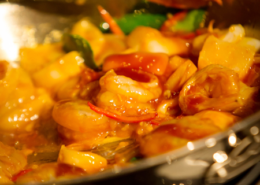 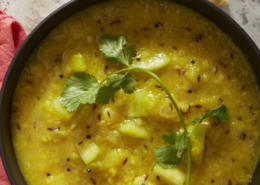 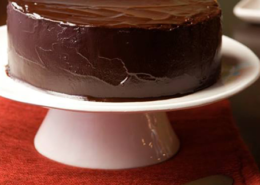 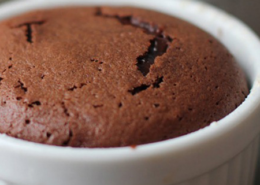 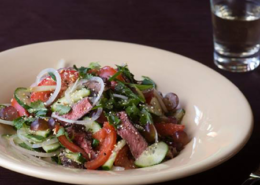 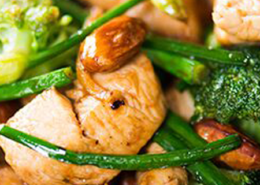 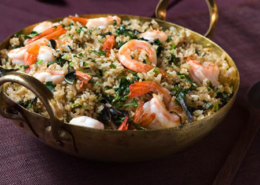 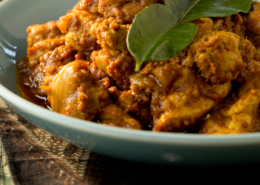 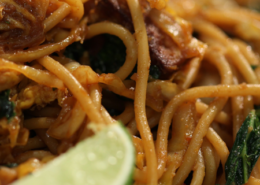